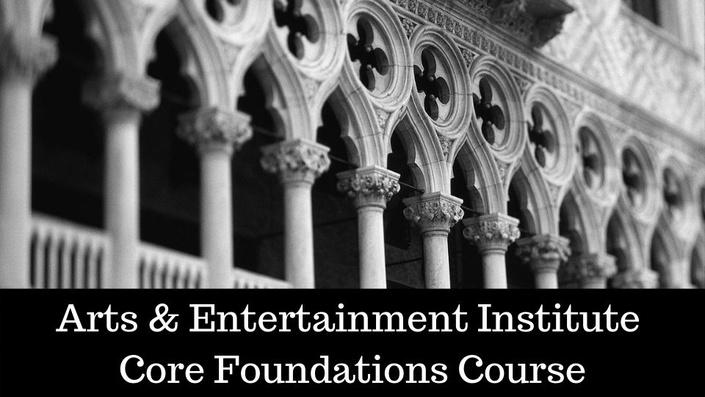 Be the Artist of Faith God Designed You to Be

The coupon code you entered is expired or invalid, but the course is still available!

Take the fast track to develop the essential skills & understanding of Scripture that you need to become the professional, thriving artist of faith God has called you to be. Enroll now in the Arts & Entertainment Institute. 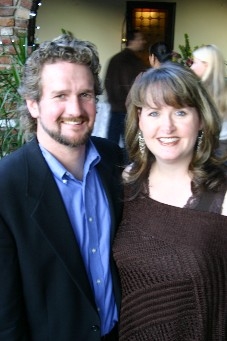 Joel Pelsue is the CO-Founder and President/CEO of Arts and Entertainment Ministries as well as the Arts & Entertainment Institute. He is a Presbyterian minister, pastoring now for over 20 years both in New York and in Los Angeles and has been the Moderator of the Pacific Presbytery three times.

Joel has taught, lectured and preached all over the world for think tanks, universities, churches and seminaries, and art focused associations. Audiences are surprised at Joel’s ability not only to exegete scripture but also to exegete culture, and the creative process.

As a musician, Joel started playing professionally in orchestra pits at age 14, training first on clarinet and oboe; in college he studied improvisational jazz on both tenor and soprano saxophone. His first CD, “Windsome Thirst” played on radio stations across the country.

Joel has been working with artists and creative professionals for over 20 years. As an author, Joel has written articles for magazines, blogs and books. He has written on topics as diverse as Narcissism in Hollywood to the call for Christians to create culture.

Joel has spoken at events for arts organizations such as IAM, CIVA, The ActOne Program, Inter-Mission, The Bel Air Pres. BEACON ministry, and numerous others. He is also on the faculty of the Blackstone Fellowship Program for the Alliance Defending Freedom where he teaches on the influence of popular culture upon politics and the legal system.

Joel lives in Los Angeles with his wife Michelle, and their three children. Joel has a B.A in Philosophy from Westmont College in Santa Barbara, CA., and his M.Div. from Reformed Theological Seminary. Joel recently enjoyed a sabbatical studying theology and aesthetics in London at King’s College and the National Gallery and is currently writing a book on beauty as a result of those studies.

Michelle started acting professionally at age 15. At this young age she starred in a professional theatre production and was in her first movie. From studying acting and theatre at a performing arts high school, to majoring in theatre at college, she has enjoyed great success.

Michelle has starred in productions of Shakespeare’s plays to Beaumarchais’ French Farces to Chekov’s Poetic Realism, as well as new work performed and produced from Florida to California. While in college Michelle also produced and starred in four Shakespeare festivals entitled “Shakespeare on Location”. Since college, she has done film, television, theatre, radio shows and commercials, print work, industrials, and voiceovers.

As the Director of Development for the National Multiple Sclerosis Society’s Mid Florida Chapter, she also ran events such as the walkathons, bike tours, fashion shows and art shows.

In Los Angeles, Michelle produced the live show and curated the art gallery for seven Evening of Arts & Entertainment Shows for AEM, which has included award winning visual and performing artists and award winning filmmakers from around the world.

Michelle also has a passion for education and theology. For all of her adult life she has served the church through leading bible studies, women’s ministry and children’s ministry in Florida, New York and California.

Michelle Pelsue has a B.A. in Theatre from Westmont College, and taken Master’s Degree courses in Aesthetics, as well as courses in Biblical Archaeology and History in Jerusalem, Israel. Michelle has served on the board of the Civic Theatre in Orlando, Florida and served on committees for the United Arts of Central Florida. She has also served on the nominating committee for the SAG Awards for the Screen Actors Guild.

When does the course start and finish?
The course starts now and you have 1 FULL year to finish! It is a completely self-paced online course - you have 1 FULL year to finish.
How long do I have access to the course?
How does 1 year unlimited access sound? After enrolling, you have unlimited access to this course for 1 year - across any and all devices you own.
What if I am unhappy with the course?
We would never want you to be unhappy! If you are unsatisfied with your purchase, contact us in the first 30 days and we will give you a full refund.
off original price!

The coupon code you entered is expired or invalid, but the course is still available!